Brainspotting as a Trauma Treatment

Sara came to me for Brainspotting after years of therapy. She said: “I am a mess. I keep having meltdowns. My family doesn’t know what to do with me anymore. I am thinking I need to go away but I can’t take the time off to do so. I’ve been in therapy for years. I am on too much medication and I am not even sure it is working anymore. Can you help me?”

She was flooded with anxiety, filled with many negative beliefs and generally overwhelmed. Sara had two children, was active in her church community and had been diagnosed with ADD. The more time I spent with her, the more she and I realized how capable she was. She had a very negative image of herself and had not had much support to view herself any other way. Sara was the youngest of four in her birth family and had been very attached to her analytical story of what happened to her and why she was the way she was. She wanted a way out and was told Brainspotting could help her. She had some experience with EMDR that was helpful but still reported feeling overwhelmed and anxious.

Brainspotting is a powerful new treatment modality to help in trauma. We are wired for survival and when we are in trauma, our body and mind go into survival mode. Sara was in such a strong state of survival that she was in a sense, ungrounded. She could not connect to the here and now and she was being triggered by her past.

Brainspotting was developed by, Dr. David Grand, in 2003, who was an innovator in the field of EMDR. He describes it as a physiological therapy with psychological consequences. I have found it to be different from any other mind/body therapy I experienced both as a client and as a therapist. And that is what Sara began reporting. For her, the strong container of myself as the therapist and the ability to go into her own body-felt sense made it possible for her to feel more present as she processed things she had not thought of or witnessed about herself before. This is referred to in Brainspotting as the dual attunement. (Dual Attunement is more accurately the relational and neurobiological attunement simultaneously): One part being within the patient themselves and the other being between the therapist and the patient.

Dr. Robert Scaer speaks of the importance of attunement in his book 8 Keys to Brain Body Balance stating, “The attunement activates the mirror neurons between the cingulate and the OFC(Orbital Frontal Cortex), creates an empathic environment and inhibits the amygdala. This sacred face-to-face empathic attunement is a critical environment for trauma therapy to work, just as it is in maternal-infant bonding…and this state of presence is essential for healing.”

In the beginning of one session, Sara kept speaking about her Dad; how he was and how that made her act and behave a certain way. The focus was geared away from the details of all the times this happened and more on the felt-sense she was experiencing as she spoke. Sticking to the details seemed to cause her to feel disconnected. Inquiring more on what specifically she was referring to helped her ground herself in what she was talking about. It also helped her slow down her thoughts, which helped her focus on what specifically disturbed her.
In Brainspotting this is referred to as frame and focus. Before looking for the eye position, it is important to clarify what specifically is being addressed. The inner observer is identifying the issue to focus on which creates some distance from it.

For example Sara speaking of her anxiety became for her more specific that she was angry with her father. Having the brain scanning the body creates an awareness of body sensations and connection to the body. Having the eyes focus on a pointer (a tool used to help mark and hold the spot) sets a more contained grounding approach.

Brainspotting is a grounding process, which I believe is critical to trauma work. In trauma our survival mechanism “kicks in” and we respond with the flight-fight-freeze. Excess adrenaline and cortisol is released and our ability to process implicit memory (anything the sensory systems of our body detected during the event) into explicit memory (declarative memory – autobiographical story) is thwarted.

After the trauma, if the mind and body’s protective response doesn’t normalize and the restorative process remains thwarted, the effects of trauma become fixated/traumatized. “Even though the event is over and we survived it, the entire external and internal world remains a reservoir of somatic cues for what is perceived as an imminent traumatic event.” Scaer, Pg. 101. The key to healing trauma is in our physiology, and developing some grounding for the person to regain homeostasis.

Once the frame was focused, Sara was able to find the body-felt sense that connected to her anger and then an eye position that corresponded to her anger. The focused attention on the brainspot and the continuous inquiry into her body felt sense helped Sara feel contained enough for her to experience feelings, she had never gotten to before in therapy. During the work, she had some moments of reporting a floaty feeling. I suggested she return to her body resource spot, which was part of the set up process.

Central to the Resource Model is the “body resource.” The use of the body resource in BSP is derived from Dr. Grand’s discussions with Peter Levine, developer of the Somatic Experiencing (SE) model (Levine 1997). Levine challenged EMDR as too activating, particularly in its focus on body activation. Levine taught Dr. Grand, as is done in SE trainings, to guide the clients to where they felt calmer and more grounded in their bodies. Levine’s “pendulation” model entails spending more time and attention in the body resource (“healing vortex”) and much less time on the outer edges of the body activation (“trauma vortex”). The shift to the resource model appeared to yield a less reactive and more tolerable processing for fragile, highly traumatized, dissociative clients. In BSP, Dr. Grand observed that the containment of the fixed gaze on the Brainspot was not always containing enough for these same clients who were so easily overwhelmed.

By incorporating this body resource while on a Brainspot, he observed that many clients were able to better tolerate the emotional upheaval and body activation and process more effectively which was what happened during Sara’s process. Reporting feeling floaty was one clue to use the resource spot. It was a clear indication she did not feel grounded enough. I also listened for signs such as too sleepy or not connected. At another point she was not able to calm down enough even on the resource spot.

At this point, I asked her about her relationship to God and introduced the attachment to God as another spot to focus on. This seemed to help her feel more grounded. Her body began to have a lot of reflex movement. I called her attention to it by saying, “I notice your foot is tapping.” The process soon led to her physically releasing a lot of movements and in a sense, shaking off the frozen trauma state. She felt surprised, relieved and calm. I believe Sara had felt grounded enough through the process for this to occur.

By continuing the work with Sara, she has been able to slow down her emotional responses, bring reason into her actions and think more clearly. The other day she shared an incident where someone who has been an authority bully figure to her asked her to do something unethical. In the past, she would have been frightened and compliant. This time she was able to slow down, think things out, speak, with others and plan her response in a way that kept her acting in an ethical model. She was very pleased with herself and was able to gain self-respect from her actions. She also realized how much she had grown and shifted out of her fear response. The Brainspotting helped her recondition traumatic conditioned responses.

All content found published by Cynthasis, LLC including: text, images, audio, or other formats were created for informational purposes only. The Content is not intended to be a substitute for medical or psychiatric advice, diagnosis, or treatment. Always seek the advice of a licensed practitioner or other qualified health provider with any questions you may have regarding a medical or psychiatric condition. Never disregard professional medical and psychiatric advice or delay in seeking it because of something you have read on this Website.

If you think you may have a medical emergency, call your doctor, go to the emergency department, or call 911 immediately.

Reliance on any information provided by Cynthasis, Cynthasis employees, contracted experts, or medical and psychiatric professionals presenting content for publication to Cynthasis is solely at your own risk. By consuming and implementing any content created by Cynthasis, you acknowledge that you are not entering a therapeutic nor medical relationship with any expert. 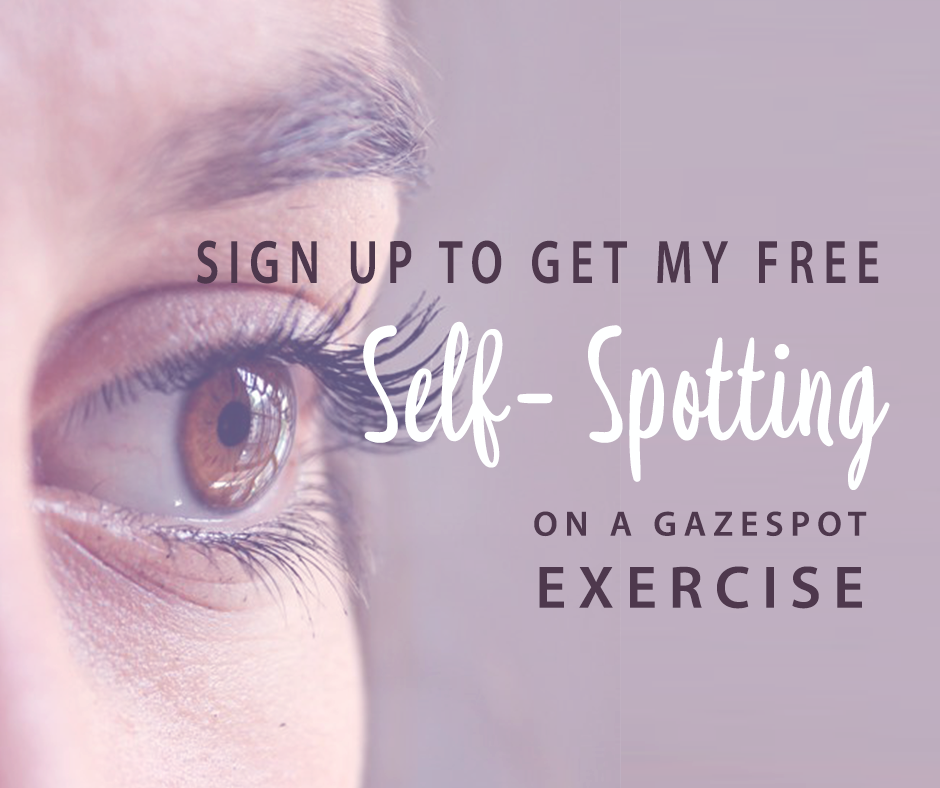 Ready to experience mindful awareness in your body and increase general vitality.
Self-spotting is a powerful way for us to work with ourselves around an issue, and to feel more grounded and connected to self.
Enter your email below and the exercises and meditation file will be sent directly to you.